Come As It May (Single)

There are no dates yet.

Gumbo:  A dish that originated in southern Louisiana from the Louisiana Creole people during the 18th century. It typically consists primarily of a strongly flavoured stock, okra, meat or shellfish, a thickener, and seasoning vegetables, which can include celery, bell peppers and onions.

GumboGumbo!: A group of four guys originated from the Brussels area during the 21st century, with a passion for true, uncomplicated music. It typically consists of a strongly flavoured mix of Rock, Blues and HipHop which can include a topping of Funk and some Fuzz.

Exactly 4 years ago, we released our single Blues Excuse. We aren’t totally objective, but think it still rocks! What do you think?

We’ve been on the radio!

Ben has been interviewed on Radio RBS a while ago. You can listen to it right here:

Oh Lord have mercy! Our website was becoming unstable after a WordPress update. We needed some time to fix it but we’re back! 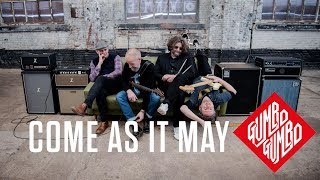 Come As It May - Official Music Video 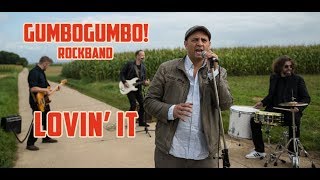 The Making of "Come as it may' video clip. Pictures by Martijn Sermeus (Foto Lama) https://www.facebook.com/StudioFotoLama/

The Cross Over Music Pub (Ghent 2019) Pics by Maxine Stevens